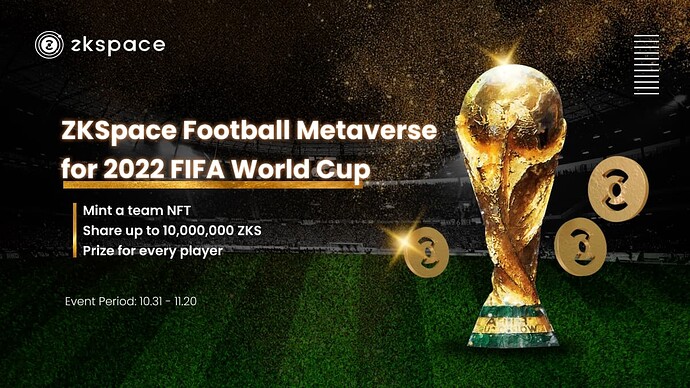 The highly anticipated 2022 FIFA Men’s Football World Cup in Qatar is quickly approaching. As the most popular global sporting event, it is expected to attract billions of viewers, yet again beating the record numbers from the previous World Cup. At the time of writing, 3 million people from all over the world have purchased tickets, excited to watch the battle on-site after more than 2 years of Covid restrictions. The football industry is valued at roughly $600B, by far outnumbering any other sport in value and revenue.

With the 4 years in between the tournaments, in contrast to many other sports, it is a rare occasion only comparable with the Olympics. Individual players can only expect to, in the best case, be able to participate in a few tournaments and only 3 players ever managed to participate in 5 tournaments and another handful 4 each. You have to perform to get picked for your team and of course not be unfortunate enough to get injured at the wrong time. That is one of the many reasons that the FIFA World Cup is seen as the most prestigious and most competitive international tournament. Since the beginning in 1930, only 8 countries have successfully grabbed the title of World Cup winner: Brazil, Germany, Italy, Argentina, France, Uruguay, England, and Spain, with Brazil winning the most: 5. The big question is of cause who will go back home with the trophy. Can the favorites of Brazil, France, or Argentina win another final? Or will one of the underdogs like the Netherlands, Portugal, or Belgium land their first-ever trophy for their county? To allow sports enthusiasts to make predictions while competing for cryptocurrency prizes at the same time, we are rolling out the ZKSea Football Metaverse, a World Cup guess-to-earn game that is officially launched at 7:00 UTC on Oct 31 .

Players of Football Metaverse will be able to mint NFTs specific to one of the 32 participating countries in the FIFA World Cup. The NFTs will primarily be unique digital art related to each respective country. ZKSea will then allocate 120% of the NFT sales into a rewards pool, with a cap of 10 million ZKS tokens. 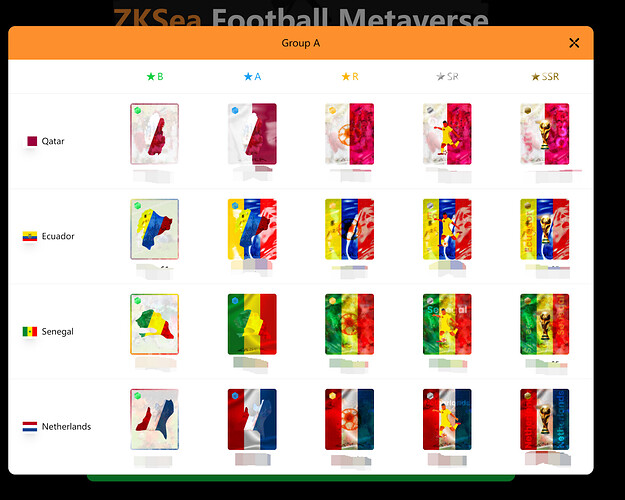 The rewards pool will be divided into 66 shares equal shares, including 7 shares for the champion team, 6 shares for the runner-up, 5 for the third place, 4 for the fourth place, 3 for the 5–8, 2 for 9–16, and 1 for 17–32. All players who hold a specific team’s NFT will divide that team’s prize pool according to the rarity of the NFT in addition to the team’s final real-world results in the tournament.

The multipliers for NFTs with different rarities are as follows. For example, if you hold a Legendary Qatar NFT, your share of the Qatar prize pool will be 50x of the player holding a Common Qatar NFT. You can hold more than one NFT to increase your cut of the prize pool.

All players of ZKSea Football Metaverse will share a portion of the total reward pool. In practice, this means each NFT holder will receive a share of the rewards regardless of the rarity level of the NFT they hold and the results. While the rarity of the NFT and the results will be factors in how much of the reward pool you can claim, the big question is how many others you have to share the pool with. Essentially, more NFTs of the favorite countries will be minted, which may make the reward pool share of each player smaller than that it would be of a less favored team. Of course, this is how odds are created, and with a lower probability of winning, the reward will be bigger if it actually happens. To help players visualize this and make their picks, ZKSea displays the amount of reward expected from minting each NFT on the NFT details page, which will update in real-time to reflect the growth of the total prize pool. 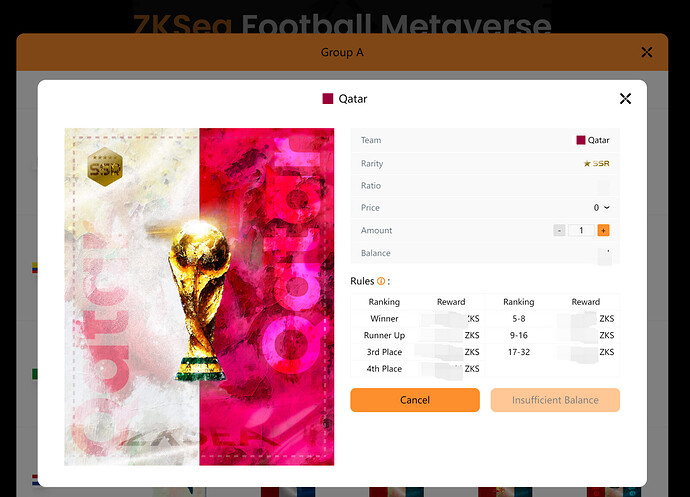 Update(20.11.2022): The NFT minting will be open until the start of the Knockout stage of the tournament the group stage to ensure the biggest possible prize pools. This means that when the first knockout match starts on the 3rd of December, the total prize pool will not grow anymore. in the end, the part of the prize pool for each team will be determined by the final results of each team. There will be a final result after the final game of the World Cup, Sunday the 18th of December, where the only 2 remaining teams will battle for the trophy.

It is worth noting that the purchase of a World Cup NFT automatically entitles the holder to a share of the corresponding reward pool of that NFT. This right will be transferred with the NFT if there is a transaction, transfer, or withdrawal of the NFT to another wallet. To be eligible for the prize, the NFT should be held in your L2 wallet at the time of reward issuing.

You can view all your World Cup NFTs by clicking View My NFTs and claim rewards on that page after the World Cup ends.

We hope to provide innovative mechanisms to sports events by using NFTs as certificates to join the game and claim the prize. The country-themed NFTs can be purchased with the four fee tokens of ZKSpace: ETH, ZKS, USDT, and WBTC. Make sure you have sufficient funds in your L2 wallet before the purchase.

After the rewards are issued, you can view them in your L2 wallet, which is self-custodial and guarantees your full control.

As the platform token of ZKSpace, ZKS can be used to pay network fees when swapping coins, minting and trading NFTs, or making transfers. Tokens can also be easily withdrawn to the Ethereum mainnet with ZKSpace’s Fast Withdraw tool. ZKS is tradable on 20+ major exchanges.

As the first Layer 2 NFT marketplace supporting NFT withdrawal and deposit, ZKSea launched the James Rodríguez NFT collection dubbed Zurda in August, which is the first collaboration between us as an NFT marketplace and a sports celebrity. With ZKSea Football Metaverse, we hope to engage sports fans and create a unique gaming experience via NFT and blockchain technology.